Winter Gardens date to the 17th century and they have been used as conservatories and extended living spaces in the homes of noble Europeans. Earlier versions had large windows and glass roofs, and tended to be constructed in stone or masonry. Most were designed in either Classical or Gothic styles. During the 19th century the winter garden transformed into what most of us would recognize as a conservatory today, made of iron and glass. They were no longer just for private residences either, but were built in parks to hold social gatherings.

The Winter Garden sits on the main floor of the Villa. It is centrally located on the symmetrical plan with the Gold Room, Gallery, and Red Room spaces adjacent to it. The Winter Garden can be entered through each of these rooms as well as from the exterior but the main entrance to the space is through the Gallery. As you enter into the space through the Gallery the Red Room sits to the left and the Gold Room sits the right. Straight ahead are the three doors to the exterior overseeing the gardens. The room is presented in an oval shape measuring about 16 m by 6 m and it follows the unique crescent shape of the building. The layout of the room itself is symmetrical. The length of the room is decorated with seven columns spaced evenly between the three doors, these columns are reflected on the other side of the space that opens to the Gallery.

The Winter Garden is perfectly situated in the center of the back of the residence overlooking the garden terrace and gardens on the property. To access this room from the main entrance you pass straight through the rotunda and across the gallery, and you will then find yourself in the center of the winter garden room. Its large central location just across from the main entrance is ideal for events for security reasons because it limits the rooms visitors must pass through and have access to. The room has three passage ways that bring you to other interior rooms, namely the Gallery, the Gold Room and the Red Room. However the Winter Garden room has a very special and important element to the house that isn’t typically seen in many homes at the time of construction or even today. The wall dividing the interior space to the garden terrace functions as both a glass wall with operable doors as well as a temporary wall. The entire glass wall is set up to a system that drops the curved wall into the floor and basement space bellow to fully open the space up to the exterior. This special element helps to dictate what activities take place within the space. The direct access to the terrace opens up the ability to have larger social events in nice weather because of the additional space on the terrace that becomes an extension of the interior Winter Garden. Events typically held within the space range from informal meals where tables for dinning are set up throughout the room as well as in the Gallery. In nicer months the room is used for set up for barbecues and outdoor dinning on the terrace.

The Winter Garden is the main gathering space of the home. It features a curved shape that follows the crescent of the Gallery. The room faces the garden, and the three Gold Palladian French doors provide the main access to the exterior. The three doors are flanked by double Tuscan columns of concrete. These columns are mirrored on the opposite side of the room by Tuscan pilasters made of stone, holding up the elegant crown molding.

The bottom of the crown molding features an egg and dart pattern, followed by equally spaced corbels in a scroll pattern. Above the corbels, a larger beaded pattern encircles the room. Above the arched doorways on the east and west end of the rooms a cartouche with acanthus-like leaves is placed. These leaves are mimicked again in the molding that frames both arched doorways, as well as an accent on the corbels.

The floor is marble, featuring and eight-pointed star inlaid in red, white, and gray. Encircling the center star are thick lines in red marble, with accents of green in between the circles. The floor on either side of the circle has an almost checkered pattern with white and green marble.

The Winter Garden’s main function is an entertainment space. Holding events, parties and gatherings that the ambassador has at his home. The space is set up with cocktail tables set throughout the room and the Gallery attached to it for large events hosted inside. Food is usually served from a table in front of the doors, though the doors may be dropped when events are held in the Garden. The room hosts almost all important functions that take place within the home.

The Winter Garden holds two sets of matching furniture pieces, in the Louis XV style, upholstered in embroidered green silk. There are five bergères and two canapes in the space. A 1903 Steinway ebonized grand piano sits in the east corner of the room, just in front of the door to the Red Room. Three chandeliers hang from the ceiling, each painted green with twelve leaf-and-flower-encrusted branches with a bird in the center. On the sidewalls by the doors rests two ormolu sconces, with Chinese style porcelain dragons and dogs as the bases.

The Villa features many modern conveniences, such as an elevator, tube lighting to illuminate skylights at night, and windows that can drop into the floor. The biggest of these windows are those in the Winter Garden, as the entire wall, including the doors, drop into the floor, bringing the outside in and the inside out. The walls are operated by an electric lift system, located directly underneath the Winter Garden in the basement. They can only be dropped from the basement’s mechanical room at the moment, but used to be operated from the Winter Garden itself from a switch by the entrance.

The walls opposite the doors can also move in this way, allowing the room to becoming entirely enclosed or operate more as an extended terrace and conservatory space. Unfortunately, those walls do not work at the present time as they are operated by a hand crank, and they need to be checked over before attempting to raise them. This feature of the home is fairly unusual and shows the Petscheks’ wealth. Most homes of this period did not have movable walls, nor almost any technology of this standard.

Video of Winter Garden wall moving down and up using the electric motors in the basement. 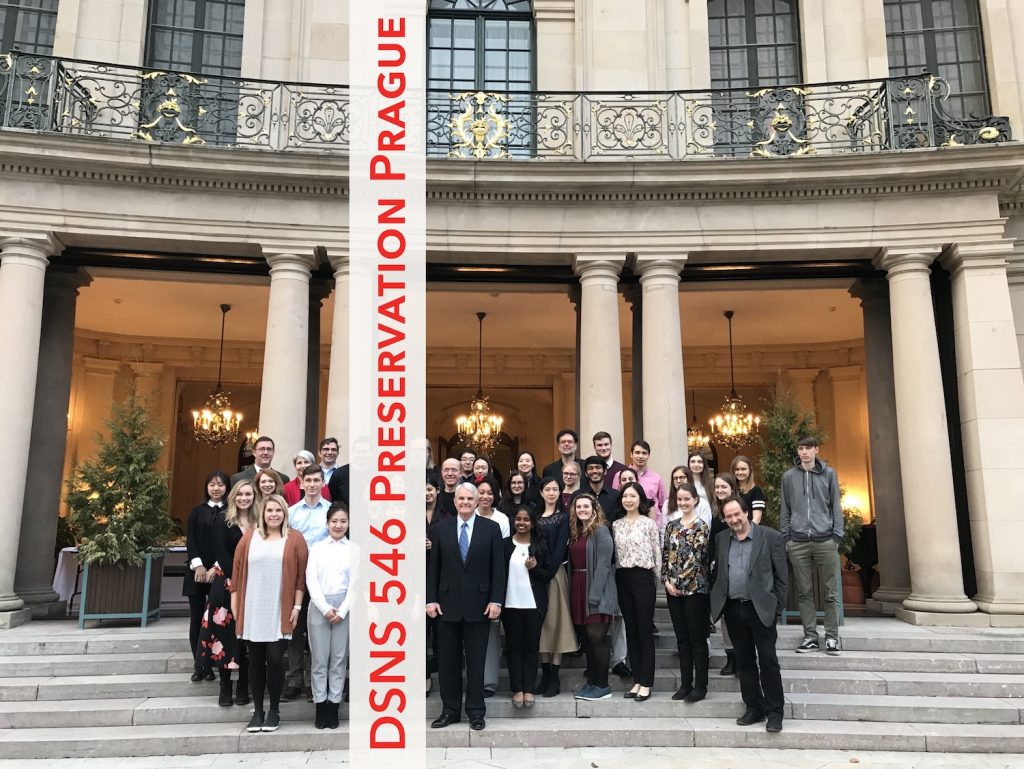